In order to decipher your ancestor’s dates of birth, marriage, and death in German genealogy, you’ll need to understand how numbers work. Luckily, once you learn numbers one through ten, you have a major head start!

Numbers one through twelve, seen below, will need to be learned by heart:

You can also practice counting to ten with this simple German YouTube video. I find language videos for children are the best way to learn – the catchy tune gets stuck in your head no matter what your age, and you’ll find you have the numbers memorized in no time!

Once you are confident with 1-10 (and can remember eleven and twelve from the table above), it’s time to move on to the teens, numbers you will also see in dates on your documents.

For the numbers 13-19, you simply take the first four letters of the number between three and nine, and then add the word “zehn” to it (our equivalent of “teen”). 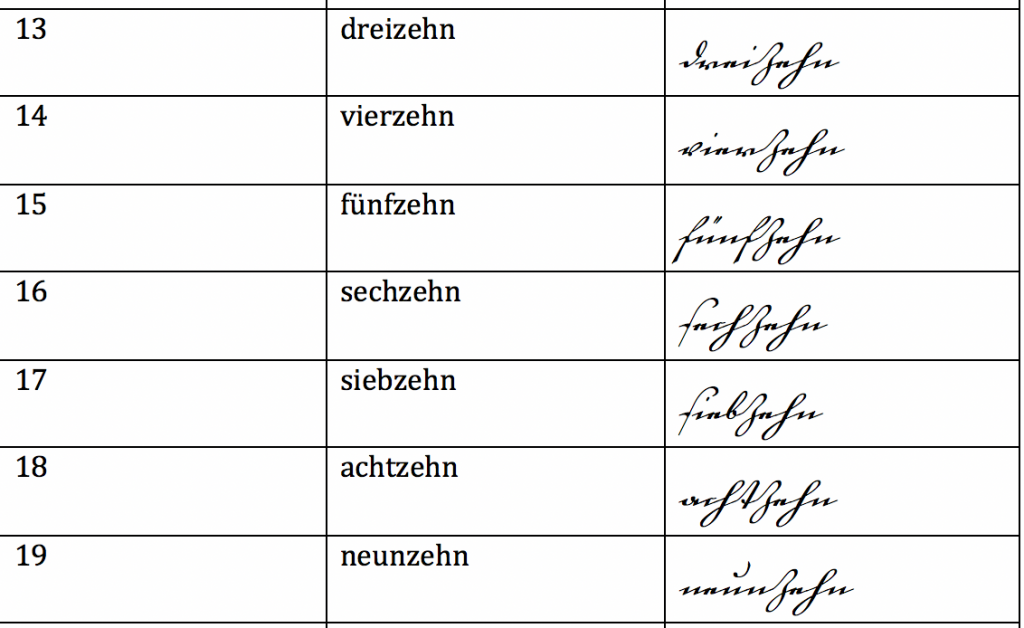 The Multiples of Ten

Next, it’s important to learn the multiples of ten. While twenty (“zwanzig”) and thirty (“dreißig”) are exceptions, the standard rule is that  you again take the first four letters of the numbers between one and ten and add the word “zig” after (“zig” is like our “ty” in English). Check out the table below, with the word for “hundred” (hundert), thrown in for good measure.

The next part of learning numbers is perhaps the most complicated. For numbers such as 21-29, or 31-39, and so on, you write these numbers  the reverse of how we would in English. 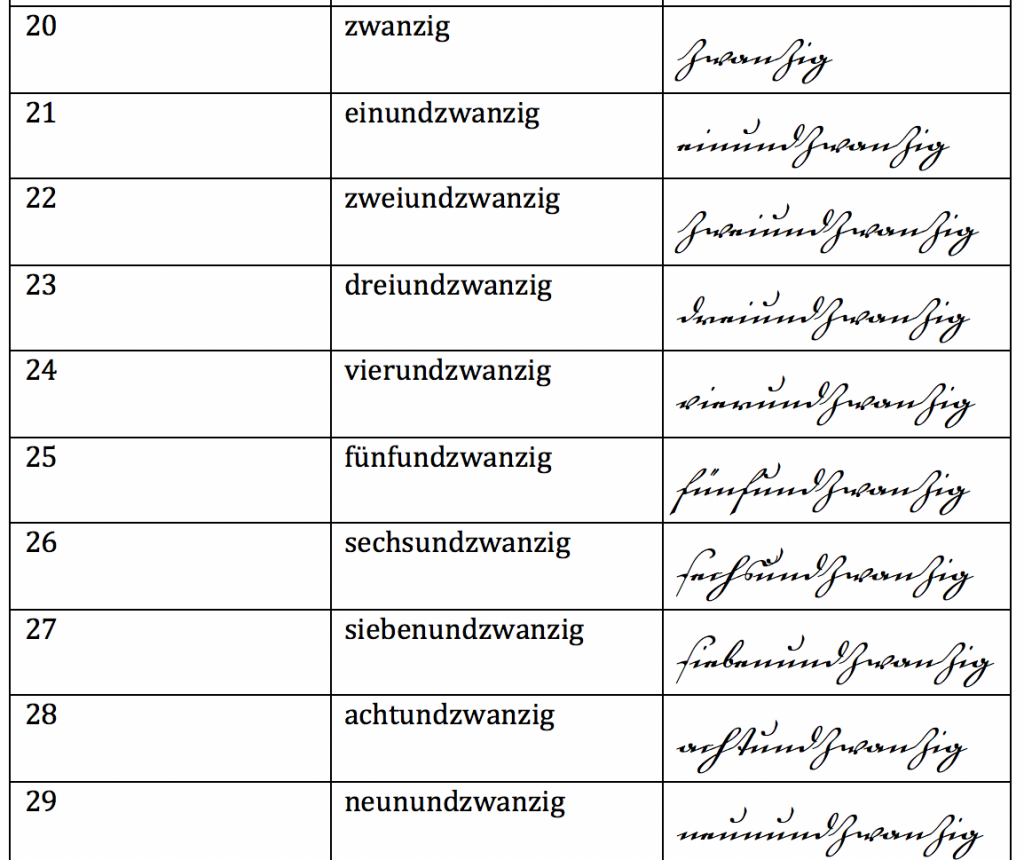 And if you really love these videos (and how can you not – they are numbers with eyes!), here’s one taking you all the way up to 100!

Now that you know numbers in German, there are a few things you should be aware of for genealogy in particular:

1.  A “-te”, “-ten”, or a period after a number makes it into an ordinal number (like fourth instead of four in English)

3. Sevens can be crossed in the middle in German.

4. Ones can sometimes be written to resemble the lowercase letter “i”.

5. The number thirty can be written as “dreißig”, “dreissig”, or “dreÿßig” (or another variation). This spelling variaton of “eÿ” instead of “ei” can also apply to the number three (“drei”).

6. The number “seventy” was sometimes written as “siebenzig” in the past, instead of the shortened “siebzig” used today.

While handwritten numbers can vary, they tend to resemble those in the image below:

For more information on deciphering dates in particular, see The Ultimate List of Months in German Genealogy. Anything else you would add about numbers? Let us know in the comments below!