The Source Genealogists Almost Always Miss: The 1766 Census and the Cadastre of Maria-Theresa (Guest Post by Bryna O’Sullivan)

Did your ancestors reside in 18th century Luxembourg or Lorraine? There’s a valuable source you might be missing. A 1766 census unique to those regions can help you determine ancestors’ ages, family structures, and more. 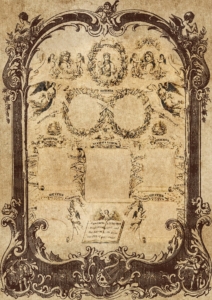 A Bit of History For You…

In the mid-18th century, the Hapsburg government sought to centralize power by shifting taxation away from the nobles – and in the process created an extremely valuable and often missed source for genealogists. Historically, the government had allowed the nobility to gather taxes and had asked for their financial support when needed. By 1752, ordinances were passed to shift to a “more equitable” system that would allow for payment of taxes to the central government. To make that shift, the government needed an idea of who should be taxed and for how much. It needed to create a “cadastre” or land registry. In 1766, the government took a regional census as a first step in this process.

That census covered two regions: Lorraine, under the control of Maria-Theresa due to her marriage, and Luxembourg, which at the time included territory that has since become part of Belgium. Each region was further divided into “décanats” (religious deaneries) and then into parishes. Those parishes were finally divided into villages. Within each village, families were listed by house number and subdivided by age.

While the part of the census covering Lorraine does not appear to be available online, that for Luxembourg is accessible through FamilySearch. To find it, use the catalog’s place name search option to search for Luxembourg. Then click on the entry for “Census – 1766” and “Dénombrement, 1766” to reach the catalog page.

To find your ancestor’s enumeration, you’ll need to know both their village and Catholic parish of residence in 1766. Be aware as you’re reviewing the catalog that the enumerators seem to have used w and v interchangeably: the village of Oberanven is recorded as both Oberanven and Oberanwen. Once the correct village has been identified, click on the camera to enter the digitized microfilm reel, and scroll to the correct section.

An Example For You…

Let’s take a look at the case of Michel Simon. According to his baptismal record, Michel  was baptized in Oberpallen on 10 March 1759. The village of Oberpallen is recorded as Ober-Pallen on the census catalog, part of the Décanat of Mersch.  To search for Michel’s entry on the 1766 census, we begin by clicking on the camera on the right side of the screen.

Locating the entries for Oberpallen will require going through the digitized microfilm reel page by page. The village and parish name will be listed along the top of most pages. The first page of the section is entitled “Classification des habitans.” The following page begins the enumerations. 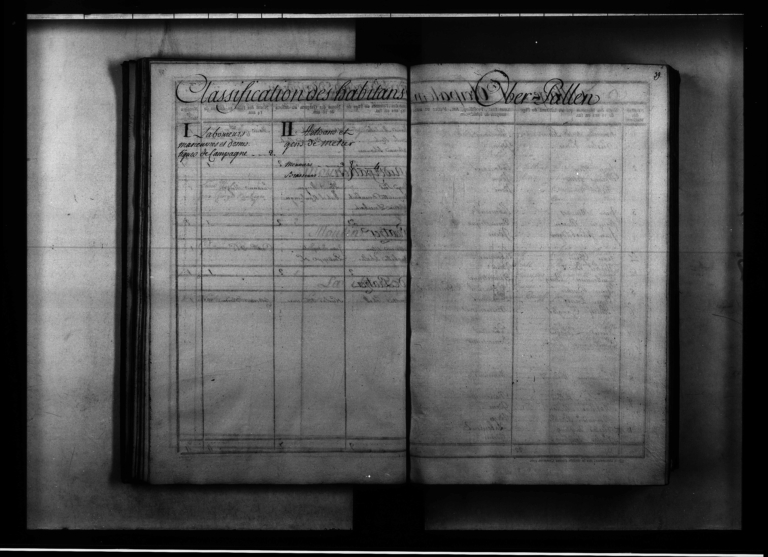 The “Classification des habitans” or “Classification of residents” is a statistical page. It subdivides the employed population into laborers and domestics; artisans; and more. In the case of Oberpallen, it reveals the village had two laborers, a brewer, and three carpenters. 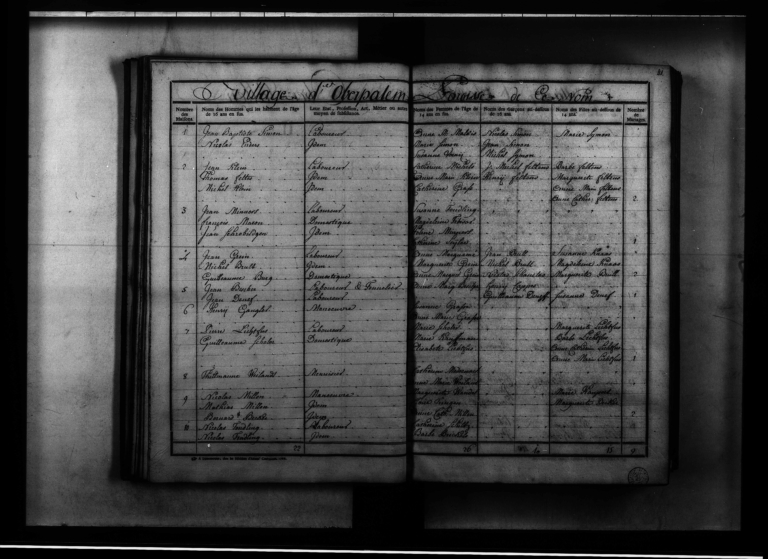 The Simon family is the village’s first entry. Roughly translated, it reads as follows:

The family’s structure is clearly more complex than most. In 18th century Luxembourg, most women maintained their maiden names. Typically, one would see the father and children bearing one surname, while the mother maintained her maiden name. Here we have at least four surnames.

Simon is the most common. Even though the census does not state relationships, it’s possible to posit a connection as result. There is one adult male Simon and four children with that surname. Are they perhaps a father and his four – or possibly five, if one includes the woman with the Simon surname – children? The enumeration provides us a rough idea of their ages, meaning that baptismal records can help confirm the connection.

The other surnames pose greater difficulty. Luxembourger households sometimes took in members of the extended family, including cousins or elderly parents. They might also house domestics working in their own home or in another in the community. Church records might again shed more light.

As the 1766 census occurred only in the Grand-Duchy of Luxembourg and in Lorraine, it is often missed by genealogists interested in German research. Yet it provides an invaluable snapshot as the family as it stood in 1766. The suggestion of a family structure highlighted in the enumeration can become a strong basis for further research.

Do you have ancestors in Luxembourg or Lorraine? What are your favorite resources? Let us know in the comments!

ABOUT THE AUTHOR: Bryna O’Sullivan 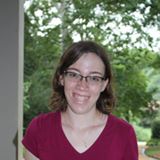 Bryna O’Sullivan is a Middletown, CT based professional genealogist and French to English genealogical translator. She is the proprietor of Charter Oak Genealogy (www.charteroakgenealogy.com).