Which DNA Test Offers the Most Accurate Ethnicity Prediction for German Ancestry?

Disclaimer: Any views or opinions expressed in this article belong to guest writer Andreas West and do not necessarily reflect the opinions of SK Translations. Thanks to Andreas for this well-researched and informative post! 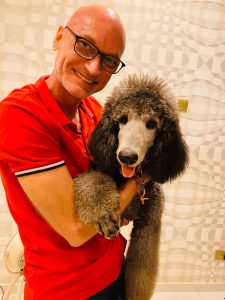 Andreas West is a native German genealogist who has been researching his ancestors for over 25 years, and has used DNA tests for the past eight years. He is the author of the “Your DNA Family” app, which people can use to confirm their family tree or find out who their birth family is. Take a look at the many features of the app here, and be sure to head over to https://yourdna.family/ for a free trial.

You Have German Ancestry: Which DNA Test Should You Take?

With a number of DNA companies out there – such as 23andMe, AncestryDNA, MyHeritage, and FamilyTree DNA – how do you know which is the right fit for you and your German ancestry?

In this article, I’ll walk you through my experience with the different DNA tests. As a genealogist with known German heritage, I have experienced a number of complications regarding the accuracy of my DNA results. Given the complex nature of German DNA, this is not surprising – but I hope that my story can help you to find the test that will give you the most accurate DNA results possible.

As there is so much difficulty in identifying German DNA (see Your DNA Guide’s Diahan Southard’s post on the topic here),  I was curious to see which company’s test gives the most accurate and detailed ethnicity results. Read on to see what I discovered! 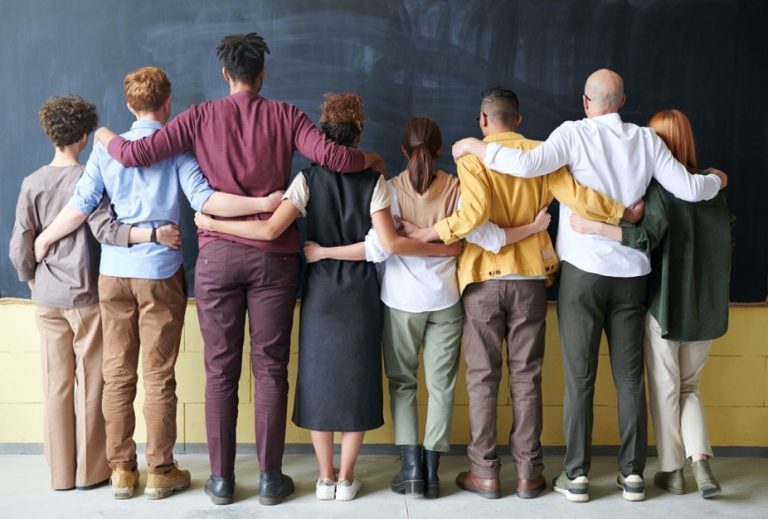 First – My Own Genealogical Research

Considering that most of my ancestors (over 80%) originated from what is nowadays Germany, I began my analysis by comparing the current known locations of my ancestors (based on 25+ years of genealogical research) against the ethnicity predictions.

While both my parents have shown traces of Scandinavian DNA, I have yet to find any evidence of it in my genealogical research. To understand this further, I dove into how exactly ethnicities are predicted in the tests.

Prediction of ethnicities are commonly referred to as “Ethnicity Estimates” on your DNA test. With many people turning to DNA testing to find out more about their ancestry and ethnicity, ethnicity predictions are largely based on two main factors:

There are, however, several problems that exist with these methods:

Despite the fact that the method of comparing ethnicity percentages between DNA-based estimates and genealogical resources isn’t perfect, in the absence of a better method, we will use it as our main quality assessment today in comparing the tests.

It is also important to keep in mind that DNA testing companies are constantly updating their predictions, so always check back for their new updates and improvements.

In order to give you an idea of the different tests and what type of results they show, let’s take a close look at my ethnicity results for each company: 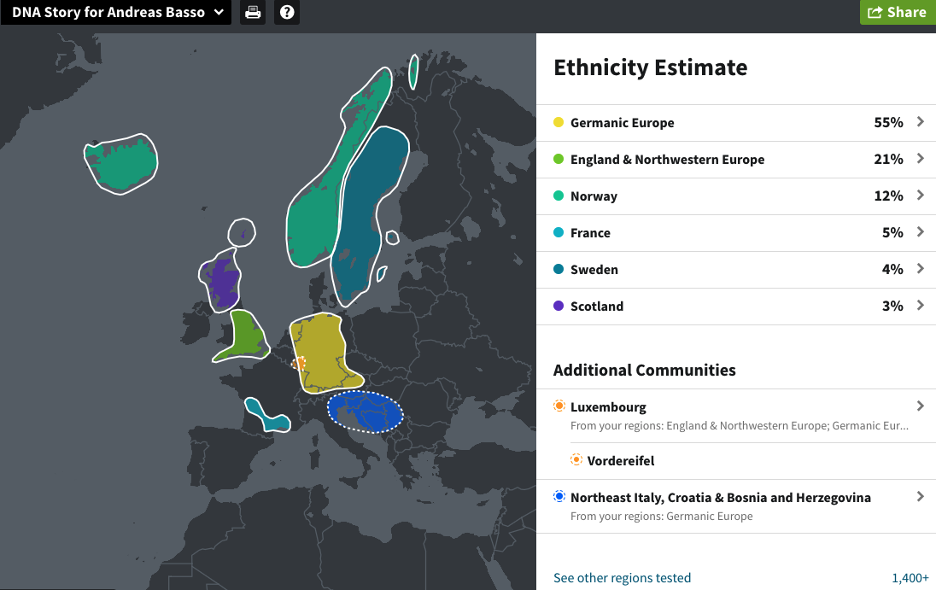 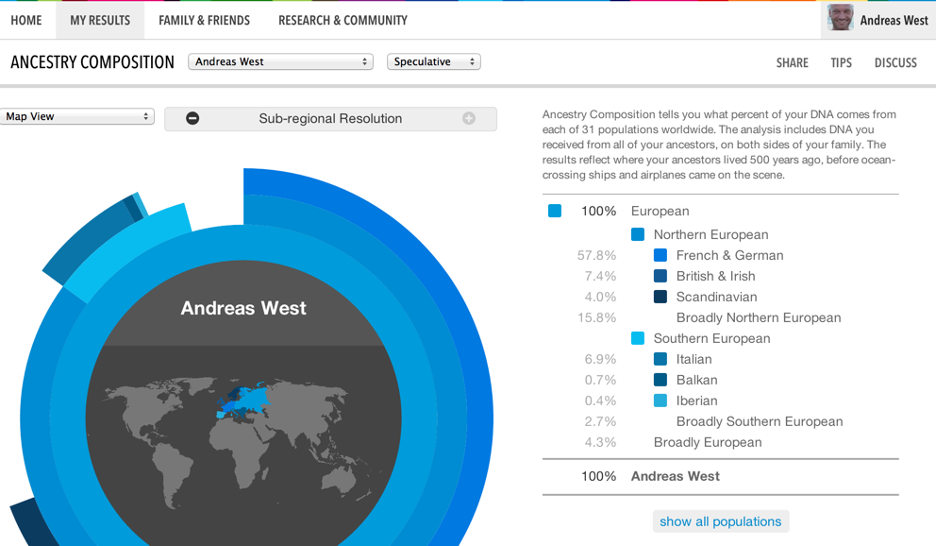 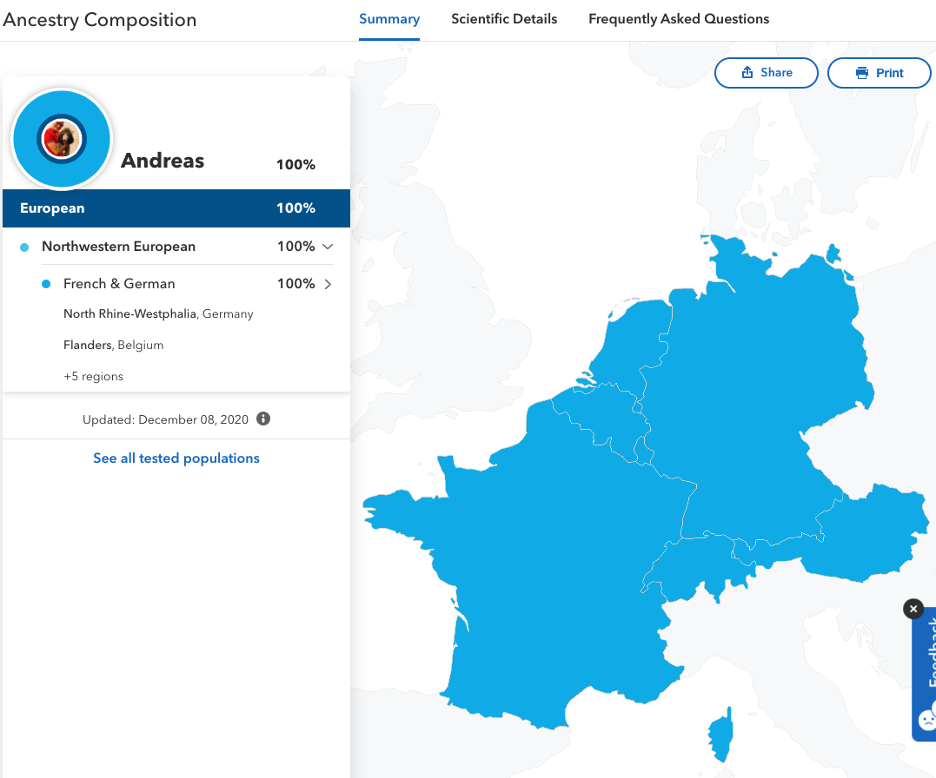 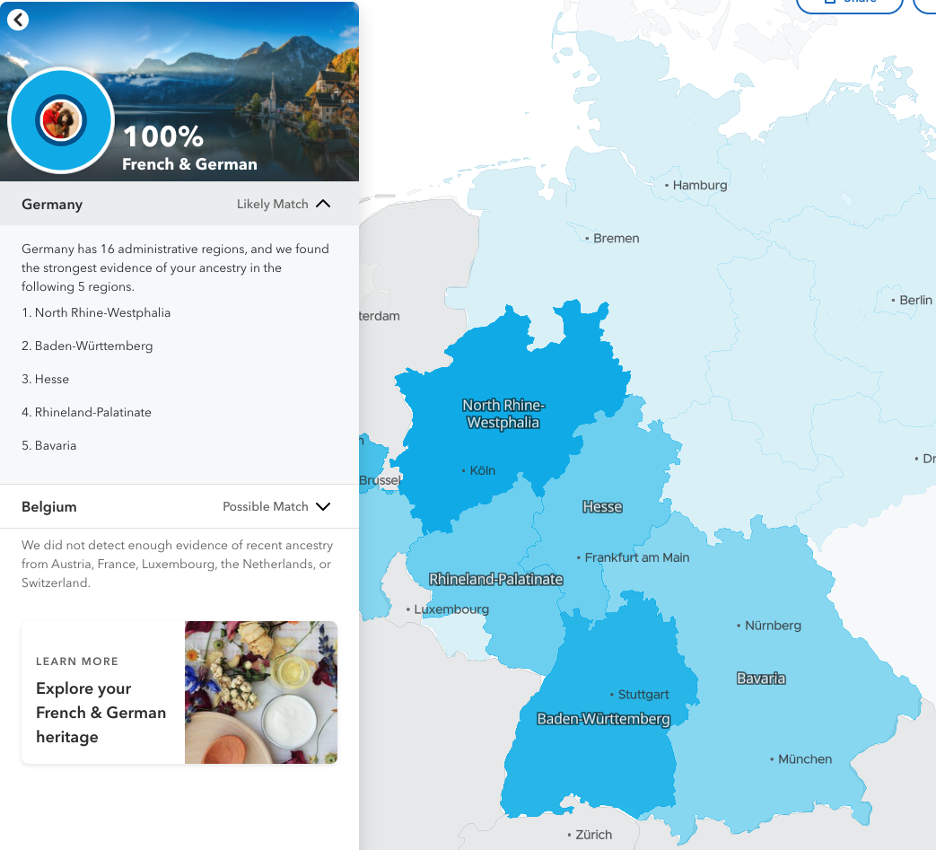 The following two Belgian regions (2021) have been identified: 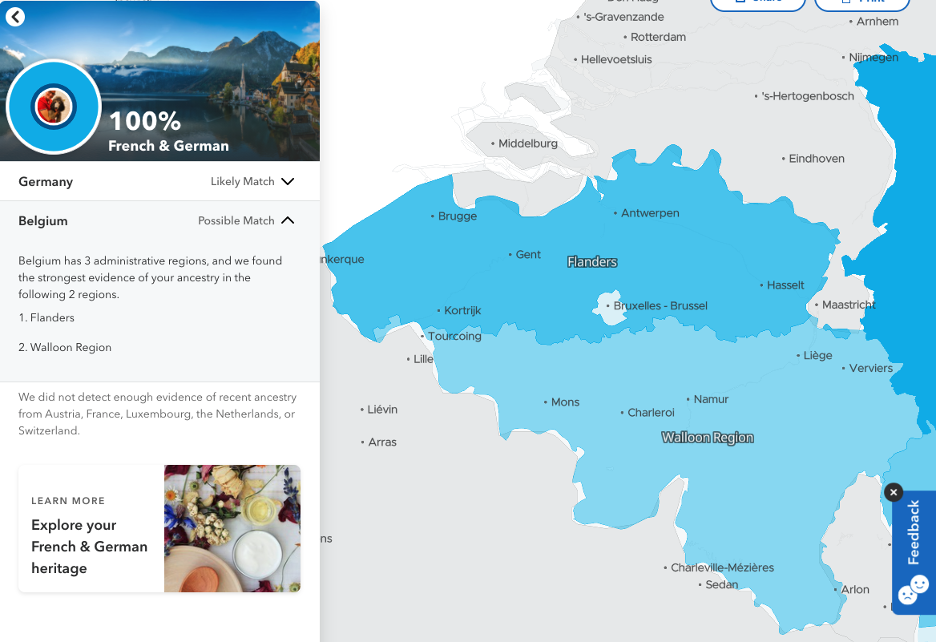 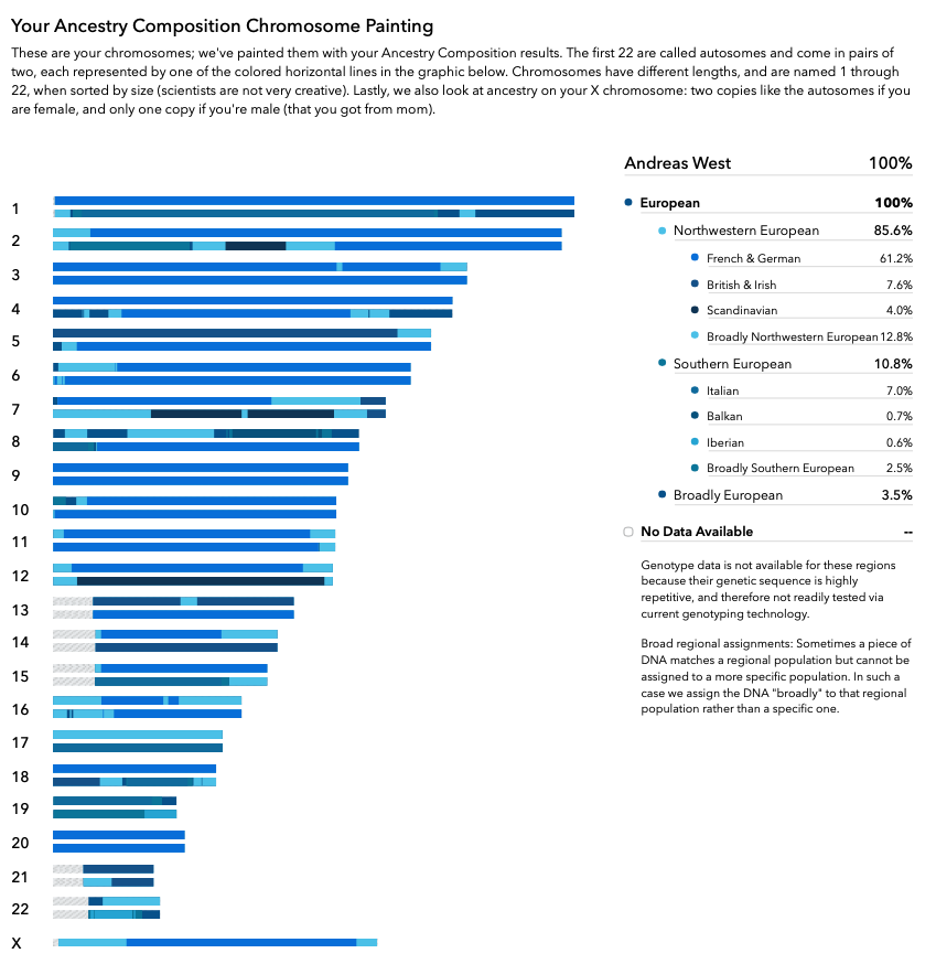 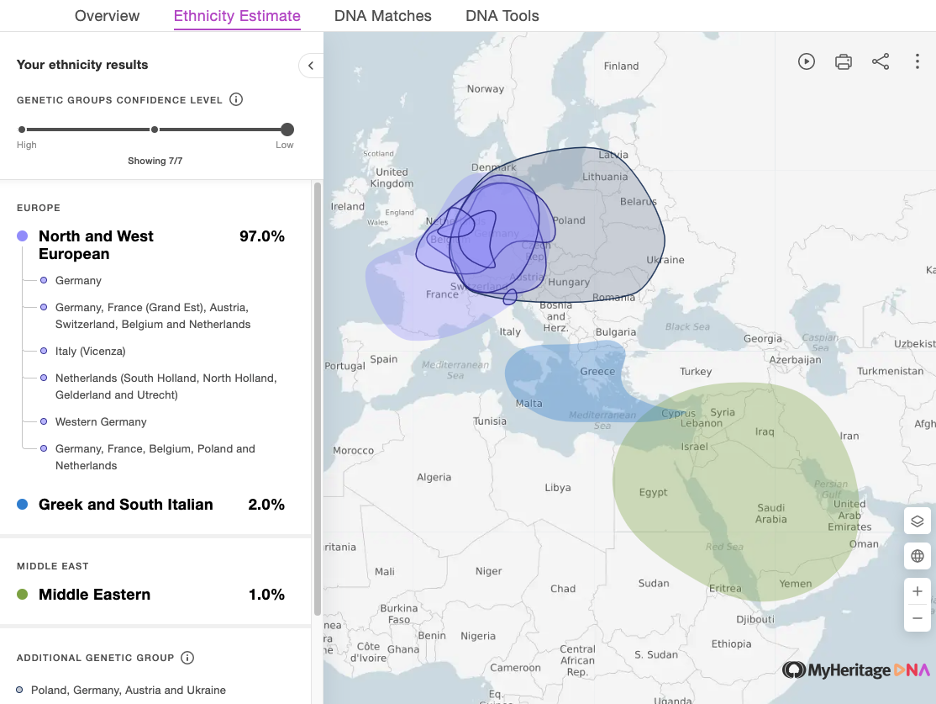 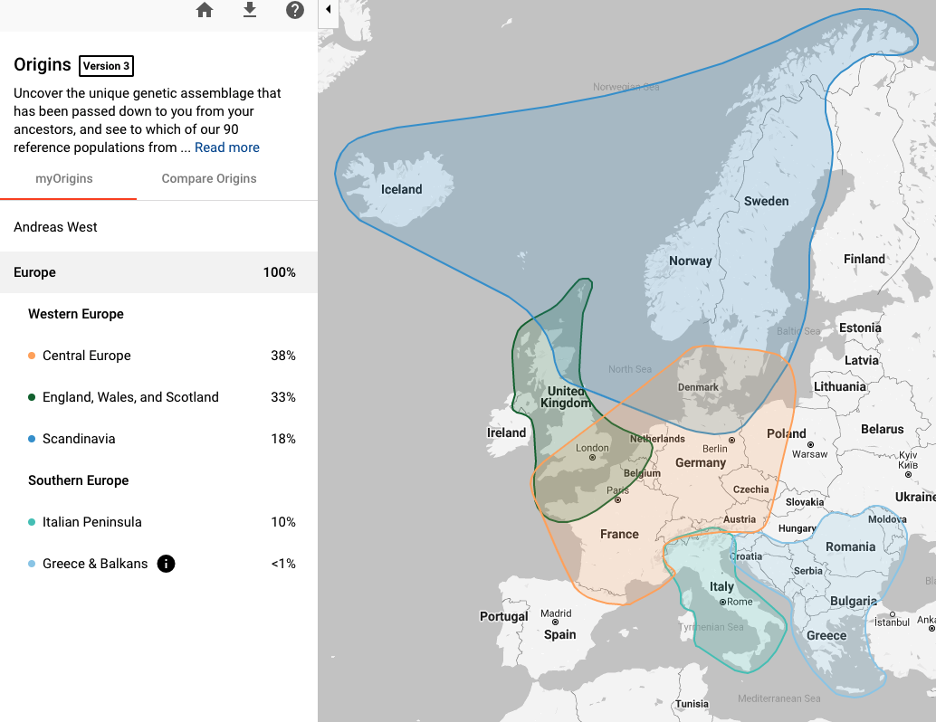 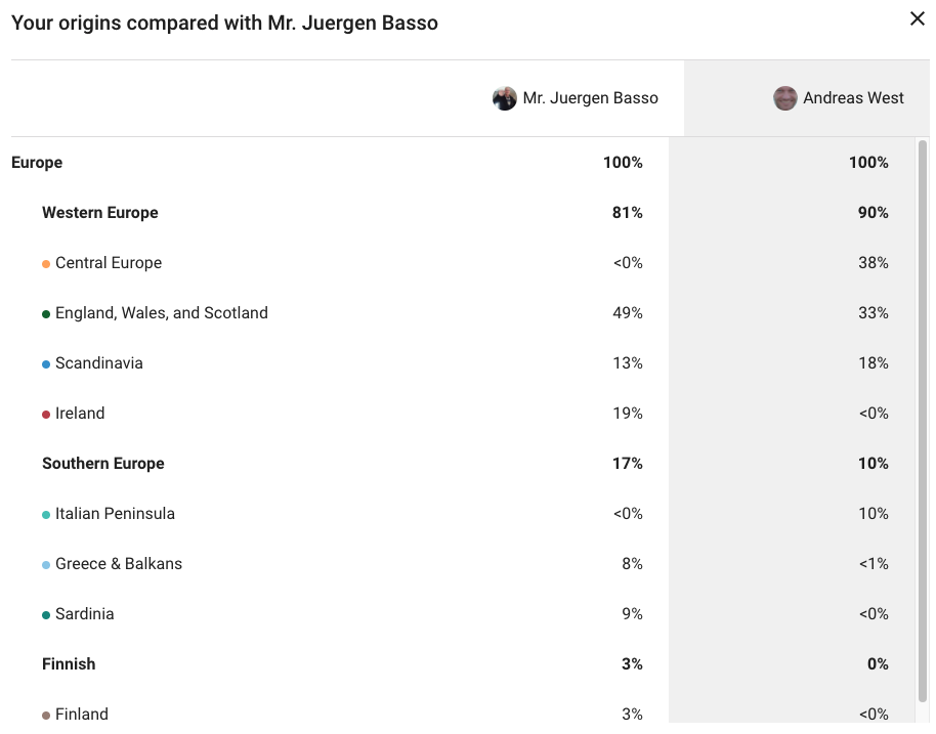 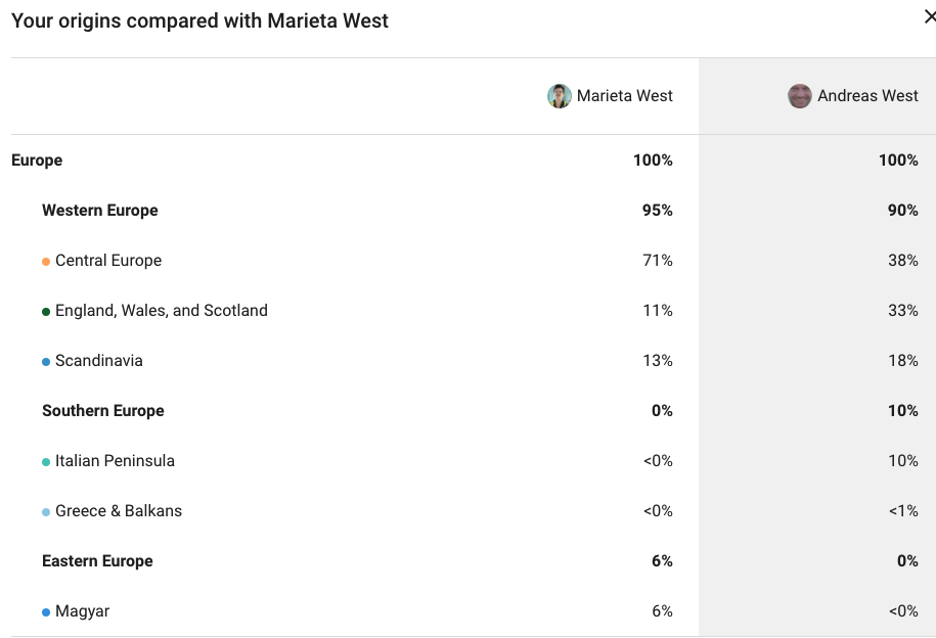 How accurate are these tests, really?

For a fair comparison of the current state of the tests’ accuracy and detail level, we will use the 2021 predictions collected.

Ancestry DNA offers the greatest breakdown into countries, with six predicted countries listed. The 55% of predicted German ancestry, or rather of Germanic European ancestry, is the second lowest. In the case of Germany and France combined, it increases to 60%.

Since my genealogical research so far shows no evidence of British ethnicity, it could either be an NPE or, more likely, a misinterpretation or an inability to distinguish between Germans and British (due to the Saxon history of the British).

At first glance, the prediction of 100% German (French & German) does not seem very detailed. A great deal of 23andMe’s value, however, is in the more detailed DNA-based regions that the company adds. Ancestry DNA and MyHeritage, on the other hand, mainly base their communities (Ancestry) and genetic groups (MH) on submitted family trees.

I only have a small family tree associated with my mother at 23andMe, so it doesn’t have any location information (based on the last update in December of 2020). Most of my German ancestors came from those four regions. The link to the two Belgian regions makes sense through my Calefice ancestors (most likely from Liege).

Currently, 23andMe is the only DNA testing company that offers their customers a chromosome map of their ethnicity prediction. In this way, we can determine exactly where certain ethnicities are present on our chromosomes!

While the 97% figure for North and Western Europe is quite vague, it seems they are focusing more on combining DNA with their large number of family trees on their site. The genetic group of people from Vicenza is correct. However, no DNA percentage is associated with this group or any of the other largely-overlapping genetic groups. This approach, however, is a self-fulfilling prophecy, as NPE or incorrectly-researched family trees cannot be used to determine ethnicities.

Even though FTDNA’s new v3 MyOrigins prediction (from a 100% Western & Central Europe prediction in 2014) shows considerable improvement, the percentages are still very far off from both other ethnicity predictions and my own genealogical research. While the 38% for Central Europe is too broad, the 33% for Britain is simply not supported by any genealogical evidence. 18% Scandinavian DNA is also likely too high, as that would mean that two of my eight great-grandparents were from the Scandinavian region (more or less).

Only FTDNA recognizes my Italian DNA. It is even relatively close to the expected 12.5%. 23andMe identified my Italian heritage in 2014 and 2017 with 6.9% and 7.0%, but somehow stopped recognizing it in 2020 when they changed their algorithm.

However, FTDNA fails to tell me where my 10% Italian DNA comes from. It doesn’t understand that it’s from my father (whose predicted value of 0% was wrong), and with 0% from my mother, it came out of nowhere!

With FTDNA’s predictions looking completely off for a large portion of my DNA – and that Italian DNA coming “out of nowhere”-, I would hesitate to recommend them as the most accurate DNA test.

While MyHeritage builds on the most detailed number of genetic groups, their pure ethnicity prediction does not give you any hint of potential NPEs or give you an idea of where you should look for those brick walls that you’re surely facing.

23andMe and Ancestry seem to be the best fit for German DNA right now. However, although AncestryDNA provides many details, some of their countries also seem incorrect. 55% of German DNA is too low for me, whereas 15% of Scandinavian DNA is too high.

Therefore, I would recommend 23andMe as the best test for determining where exactly your German ancestors originated. When I compare their regional prediction to my existing genealogical research, it is the only one that is based on DNA and is very accurate. Only they recognized the Belgian DNA lead. Their  DNA tests have also shown the same detailed regional level for African and Asian countries, which is a huge improvement for those of African or Asian heritage.

But whichever test you decide is right for you, I wish you the best of luck with your German research!