When did the Germans arrive in Pennsylvania?

The first recorded German settlement in the English colonies (Germantown) occurred in 1683.  A number of Quakers and Mennonites, persecuted for their religious faith, were actively recruited by William Penn.  Penn had spent time in Holland and Germany in the 1670s following his conversion to the Quaker faith.  The contacts he made during that period would lead to thousands of Dutch and German immigrants populating his colony.

Over the next twenty-five years, German immigration gradually ticked upwards.  According to The Historical Society of Pennsylvania, approximately 65,000 German immigrants landed on America’s shores between 1727 and 1775, with the greatest wave occurring between 1749 and 1754.

Concurrently, a wave of Swiss immigrants settled in Penn’s colony.  Add to that a number of Dutch and French immigrants and Pennsylvania became a true melting pot of settlers beginning their American journey as later generations migrated westward.

Were these emigrants documented?

In 1876, A Collection of Upwards of Thirty Thousand Names of German, Swiss, Dutch, French and Other Immigrants in Pennsylvania from 1727 to 1776 was published.  Also included are ship names, departing port, date of arrival in Philadelphia (chronologically arranged) and a number of historical notes (some of which is published in German with parts translated into English). This important resource can also be found at Internet Archive here. 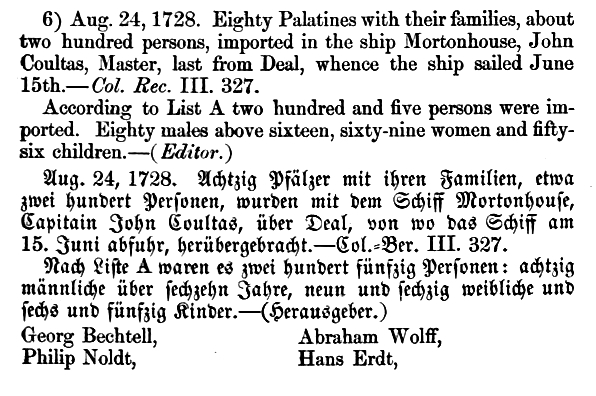 Typically, the enumeration would include the heads of families, followed by a list of those who signed an oath of allegiance.  For instance, on October 16, 1727, “Forty-six Palatines with their families, about two hundred persons, imported in the ship Friendship, of Bristol, John Davies, Master, from Rotterdam, last from Cowes, whence the ship sailed June 20th.”   Of the families listed, fourteen heads of families signed the oath of allegiance.

James Beidler, who specializes in Pennsylvania research, adds, “These ship and Oaths of Allegiance lists can also be found in the three-volume work Pennsylvania German Pioneers compiled by Ralph Strassburger and William Hinke. Notable is that the second volume contains facsimiles of the signatures of those who signed the Oaths lists (originals are held at the Pennsylvania State Archives), which can then be used for comparison with other documents such as wills and deeds when a common name is involved. Pennsylvania German Pioneers is online at Internet Archive here and a searchable two-volume reprint is found on Ancestry.com (useful for finding immigrants with less common first names).”

Of course, not everyone who boarded a ship in Europe made it to America.  Some of these records also include the names of those who didn’t survive the voyage.

What other resources exist for my Pennsylvania ancestor?

An additional resource, Names of Foreigners Who Took the Oath of Allegiance to the Province and State of Pennsylvania, 1727-1775, With the Foreign Arrivals, 1786-1808, can also be found at Internet Archive.

In addition to covering the aforementioned period of 1727-1775, this book also includes the period 1786-1808.  In like manner, this text includes a brief note regarding ship name, ship’s captain and departing port (see page 274):

In general we can give the period of the formation of German names the years 1050 to 1250; but for centuries to follow names were easily changed, and it was not until comparatively  recent times that they became fixed.

Some surnames became rather cumbersome, leading to diminutive variations and nicknames.  Of course, many of these surnames you would recognize as being later “Americanized” – “Schumacher” became “Shoemaker”; “Schmidt” became Smith; and so on.  In like manner, Swiss surnames like “Johansson” became “Johnson”.

All of these texts can be downloaded in PDF (recommended).  Personally, I prefer PDF because it’s easier to read and search.  Scroll down to “Download Options” and select “PDF”.  If you think it’s a resource you might use again, save it for handy reference. 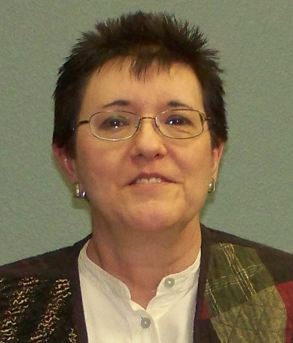 Sharon Hall has a passion for history and genealogy, her philosophy being that in order to be adept at one discipline (genealogy) one must be well-versed in the other (history).  Her bi-monthly digital publication, Digging History Magazine, available by subscription or single issue purchase, features in-depth articles which bring the two disciplines together.  Magazine and article samples are available here:  https://digging-history.com/free-samples/.

Have Pennsylvania Ancestors and Want to Connect With Others?

Check out the Genealogical Society of Pennsylvania here.