Hi Kay, thanks for joining us today!

First and foremost, how did you get started in Genealogy?

My mom held reverence for her older relatives that trickled down to me. As a kid, I loved hearing stories from the past from any relative who would tell them. When I was about 15, my mom talked her father into letting her borrow the turn-of-the-century, family group photos that he kept locked away, so that she could make copies. When I saw them for the first time, I was mesmerized. I just had to know who those people were. I wanted to know what they did and what made them tick. I wanted to know where they came from and how they got here. That would have been in the early 1980’s when tracking down records and articles took a whole lot more effort, but it was the beginning of my life-long love of genealogy.

I can definitely relate to that. Now that things are a bit easier online, what are your Favorite Genealogy Websites You Use? Any you’d pass on to our readers?

ALL the genealogy websites are my favorite – lol. I do have subscriptions to GenealogyBank, Newspapers.com, and NewspaperArchive.com, and I also use any free newspaper archive I can get my hands on, like the Advantage Preservation county sites.

For me, it’s always been about the stories. I’m more interested in getting a glimpse into an ancestor’s life than I am in the pedigree. One of my favorite things is finding newspaper stories or records that “prove” the stories I grew up hearing. I also do a fair amount of searching for other people’s family, sometimes when there are unknown parents or grandparents. Obituaries can be really helpful in nailing down family ties and connections.

I have my tree on Ancestry, but I use FamilySearch a lot, because there are so many old European church books. I’m almost glad that many of them are not indexed, because you learn so much about a community and family relations when you have to go through them a page at a time to find what you are looking for. Same with Matricula.

Ooooh…and I just learned about Meyer’s Gazetteer from a Katherine Schober handwriting workshop. I was able to solve a genealogy mystery almost immediately the first time I used it, and was able to add two more generations to a difficult line in my husband’s tree as a result!

Those are all so great, and I’m glad you ere able to add two generations to your research. How exciting! What would be your number one tip for others starting out their research?

Whatever search engine or search function you are using, beat it into submission until it reveals what you are looking for!

It doesn’t always work, but if my initial search doesn’t work, I try searching with everything else I can think of – alternate name spellings and potential misspellings, middle name and nickname, different location, no location, wild cards, family members’ names, initials, potential keywords – anything that might crack the nut. I just keep hammering away at the keys, and often it works!

Also, remember that just because you didn’t find it the first time you looked, doesn’t mean you won’t find it the next time, whether in an online search, or a record book. I revisit the same online church books often, because information I have now might make a record I’ve seen several times before, more meaningful now with my new context.

Those are wonderful tips! What about stories in your family? Any Favorite story that’s been passed down?

My mother told me that her grandmother used to talk about one of her brothers, Harry Mattice, who disappeared. They never knew what happened to him.

It took a 2nd cousin and I almost a decade, but between census records, his wife’s obituary, and a death certificate with limited information, we pieced it all together. Around 1917, he left Eastern Nebraska for Western Nebraska where he married Ada, a Swedish immigrant. She got pregnant almost immediately, gave birth to twin daughters, and died hours later.

He then moved to Texas to work in the oil fields. We located a death certificate that we were pretty sure was his with only his name, approximate age, and cause of death (head trauma), but we couldn’t locate an obituary. I tried an online message board one last time looking for help.

A kind soul looked beyond the obituary section and found an article about his death in another section of the newspaper. Harry, known as “Harry the Trapper”, had been living, it seems, as a hermit!

One day, he was headed back to his camp on a mule. The mule threw him off and tragically kicked him in the head. He never regained consciousness. I felt we had for sure found the right Harry Mattice when it said in the article that they could not locate next-of-kin, but that folks heard him speak of his two little daughters in Nebraska.

Wow, what a crazy story! That’s amazing. And finally, what about the premium membership? Has it helped your research?

Being able to get handwriting and translation help has brought many of the German language records I’ve been looking at to life. Often I can make out names and dates, but sometimes there is other important information that gives more insight into the lives of the folks in the record, and it has been wonderful being able to get help once a week when I need it.

so happy to hear it. THANKS FOR SHARING YOUR STORY and great tips WITH US, Kay!

Check out our other Premium Member Highlights and their fascinating genealogy stories. And be sure to give them a comment if what they have to share has helped you, or if you like their family stories! 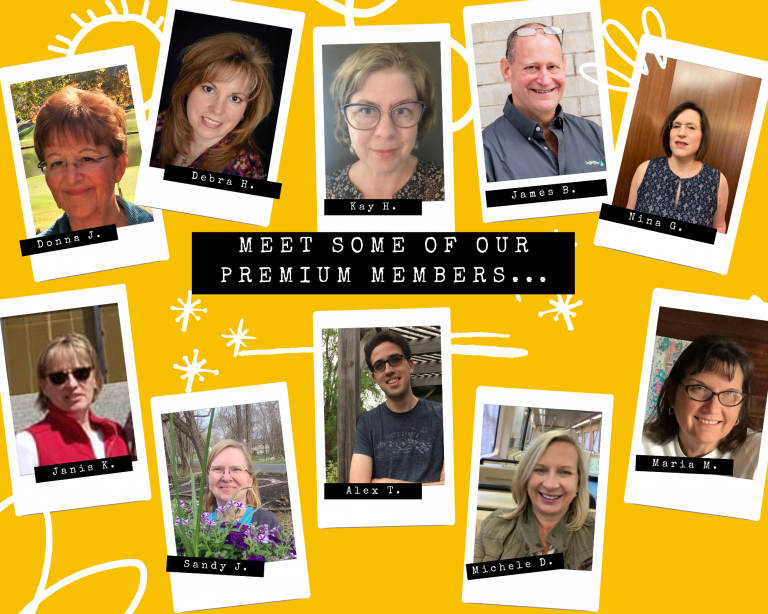